WE GROW GRAIN AND DRY AT LOW TEMPERATURE. THEN, GRINDING ON THE HAND MILL WITH STONE GRINDERS. THEREFORE, GROATS AND FLOUR FROM SPROUTED WHEAT REMAIN ALIVE AND USEFUL.

The grain that we use is grown on land in which for 15 (!) Years no chemical fertilizers have been applied. The farm "Don-organic", which is engaged in the cultivation of not only organic grain, but also various legumes is located in the Vinnitsa region. Its founder and leader, priest Don Aleksey Filipovich, has been managing his farm for many years through the Ovsinsky system of arable farming. Thanks to this system, the land does not lose its fertility after harvesting, but rather accumulates. This system allows you to get rich crops from year to year and preserve the whole variety of beneficial microorganisms living in the soil.

Why do we germinate wheat? The thing is that grain itself has in its composition little useful to humans. In fact, it is canned energy in the form of starch and protein, which, with the onset of the germination process, is transformed into a whole complex of nutrients necessary for the nascent life. During the awakening of the sprout, complex organic compounds (including gluten) break down into simple components that are easily and without significant energy expenditures absorbed by our body. Proteins break down to amino acids, starch to dextrins and maltose, fats to glycerol and fatty acids. Minerals turn into a bioactive form, the content of vitamins E and group B doubles, and vitamin C forms.

From sprouted grain, not only useful cereals and flour are obtained, but also much tastier than those sold in the store. As we grind the WHOLE grain, the embryo and a large number of bran remain in flour and cereal, and this is a guarantee for the proper functioning of the intestine and the formation of the desired species composition of microflora.

You can read about the properties and subtleties of using flour and cereals from germinated wheat by clicking on each of the products. 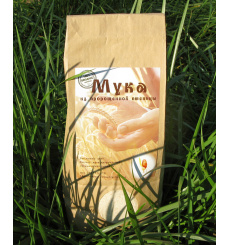 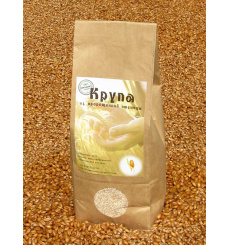